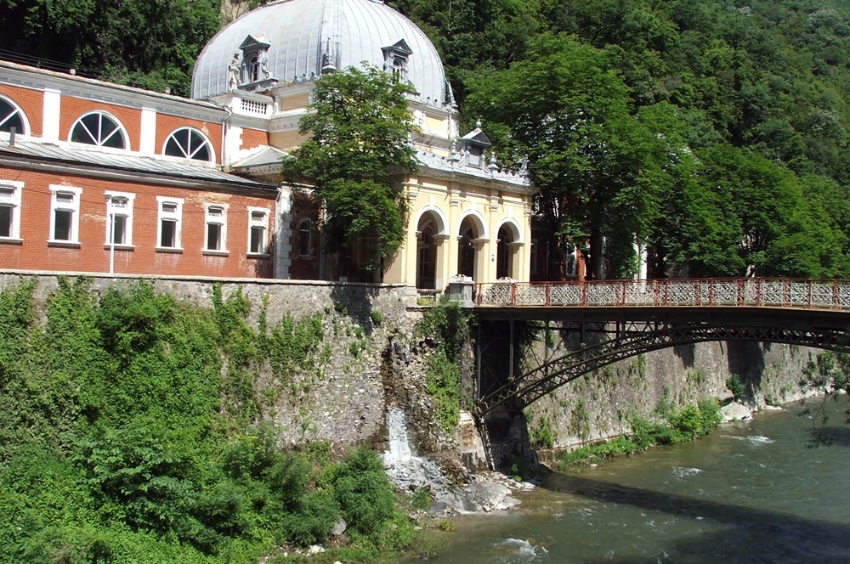 From 70 AUD
Previous Next

Set off by coach to the spa town of Baile Herculane (lit: Hercules' Spa). First there will be a panoramic tour along the River Cerna, a chance to admire the imposing statue of Hercules as well as some magnificent Baroque buildings. Free time in the Spa town of Hercules, one of the oldest thermal spas in Europe built by the Romans in the 2nd century AD. It was one of the most elegant spa towns in Europe during the 19th century and right up until the 2nd World War. Its mineral and spa waters were discovered and exploited by soldiers of the Roman legions. Inspired by the healing qualities of the waters (raised temperatures of between 38 ° C and 68 ° C), they named this place Ad Aquas Herculi Sacras (the holy water of Hercules). According to legend, the mighty Hercules, after bathing in the thermal spring waters, saw an increase in his powers. Another legend has it that here was where Hercules defeated the Medusa, after he bathed in the miraculous waters. After a coffee stop in a local hotel, the tour continues to Orsova. The town of Orsova is located in the west of the county - at the border with the county of Caras-Severin, on the left bank of the Danube near the Iron Gates. The town was a port and a castrum as far back as Roman times, under the name of Dierna. You will visit the Roman Catholic cathedral of Orsova, built in a quite unusual and non-conformist style, and whose interior was painted in water colors by the artist Gabriel Popa. Return on board for lunch in Orsova.