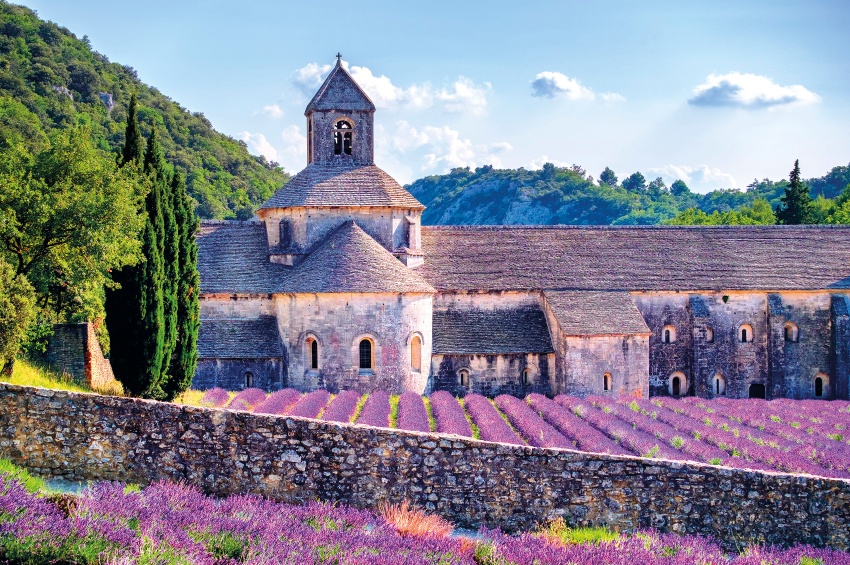 From 112 AUD
Previous Next

Gordes and the Sénanque Abbey

We’ll leave by coach for a visit to Gordes. Located in the heart of the Provençal countryside, Gordes has been awarded the label of “One of the Most Beautiful Villages in France.” Its cobblestone streets and dry-stone wall homes are typical of the region. The church, built in 1525, and castle dominate the lush scenery in the valley. The tiny center and homes perched along the hillside form a stone labyrinth waiting to be explored. The village was built as a fortification during the Middle Ages and Renaissance periods to protect the inhabitants against the plague and invasions. We’ll then continue on to Sénanque Abbey, a fantastic example of Cistercian work. The abbey was founded in 1148 by Cistercian monks from Mazan, located in the Ardèche region. The abbey church forms a tau cross, and rather unusually, its traditional liturgical east end actually faces north. The monastery took 60 years to build, and the oldest parts of the complex were built with local stones. The monks of today continue to uphold their monastic tradition of lives dedicated to prayer and labor as dictated by the Rule of Saint Benedict. The community gathers in the church seven times a day to celebrate collectively. Each monk performs a duty within the structure of the monastery, which itself is focused on the cultivation of lavender. After the flower is harvested in July and August, the monks extract the scent as an oil, which they then use to produce various products, including perfume.

At the end of our tour, we’ll return to the ship.