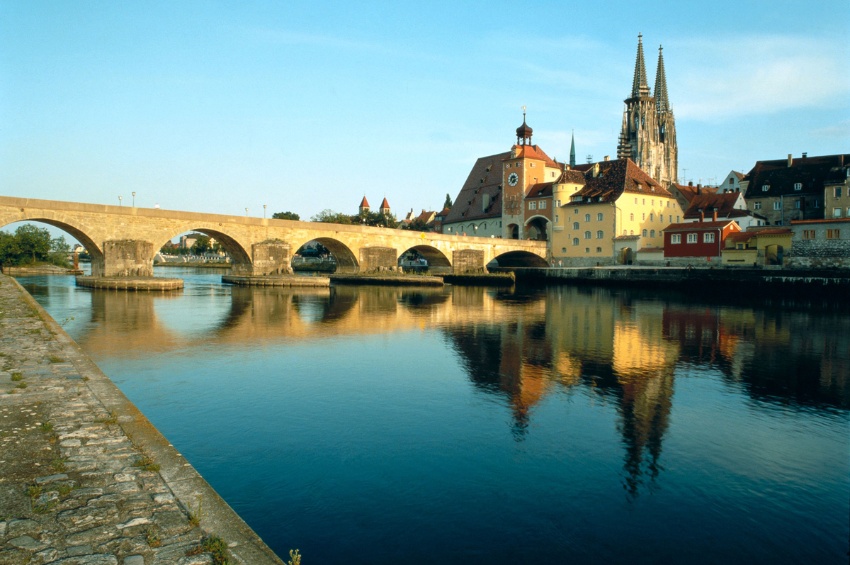 From 87 AUD
Previous Next

Regensburg saw its political and economic heyday in the 12th and 13th centuries when it was located at a crossroads between major trade routes and became a Free Imperial City in 1245 until other great Bavarian cities were preferred. This poorly industrialized city wasn't heavily targeted by allied bombings and has thus kept an almost intact medieval center.
Before our visit to Regensburg, our coach will take us to Walhalla, a huge Greek style marble temple overhanging the Danube. Ludwig I of Bavaria mandated the construction of this temple between 1830 and 1842 as a memorial dedicated to Germany's most influential worthies. Inside, we'll take a look at some 129 busts depicting German characters such as artists, military leaders and more.
In the company of our guide, we'll set off on a visit of Regensburg on foot. We'll discover the imposing stone-built "Porta Praetoria” - the northern gate to the Roman fortress - the Old Town Hall containing the rooms occupied by the Imperial diet from 1663 to 1806, the Gothic Cathedral and the Italian influenced homes of wealthy merchants from the Middle-Ages.
Return on board.