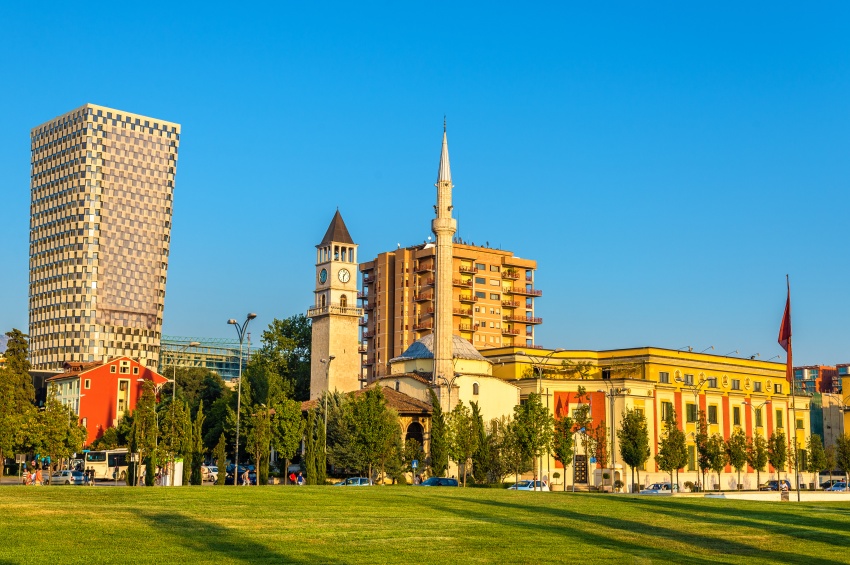 From 74 AUD
Previous Next

We’ll hit the road for Tirana, nestled between Dajti Peak and the coastal plains. We'll first visit the National History Museum, which takes you chronologically from ancient Illyria to the post-communist era. The museum is divided into pavilions, each portraying the diversity of Albanian history, including the Antiquity, Middle Ages, Ottoman Occupation and Albanian Resistance, as well as its independence from Turkey in 1912. There are two pavilions dedicated to the rise of fascism and the consequent era of communist terror. Bringing inspiration through all this, is the final pavilion dedicated to Mother Theresa’s life and work. After our visit, we’ll set out on foot for Skanderbeg Square, the city center surrounded by important government buildings, as well as the historic Et'hem Bey Mosque (the mosque is currently closed for renovations; the initial visit to this site will be replaced by a tour of the Blloku area). Once the area where the communist elite resided, it is now an upscale location for dining, shopping, and entertainment. Blloku is also well-known for its colorful, sometimes garish facades that contrast with the gray Soviet-era buildings. The simple, three-story former residence of Enver Halil Hoxha, head of Albania for over 40 years, can still be seen on Ismail Qemali Street.