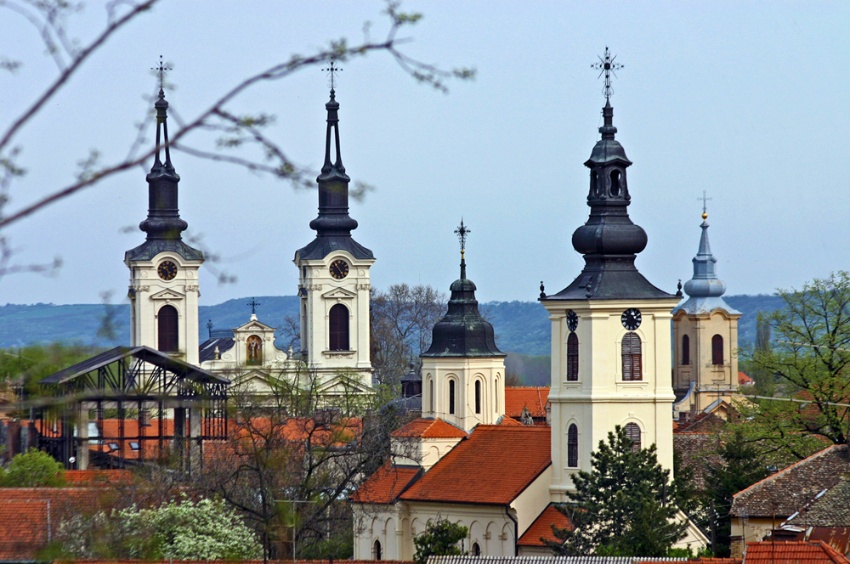 From 87 AUD
Previous Next

Departure from Sremska Mitrovica by coach in the company of your guides to discover the Autonomous Province of Vojvodina. During its eventful history, Vojvodina was successively dominated by numerous invaders coming from all over Eastern Europe before finally being attached to Serbia.
More than 16 Orthodox monasteries are spread around the hamlet of Irski Venac, a great opportunity to soak up Serbian art combining Byzantine and Baroque architecture. You will be delighted by the magnificent paintings from the 18th century that adorn the beautiful 16th century Krusedol monastery.
We'll then move on to Sremski Karlovci, a small peaceful town of 9,000 inhabitants on the banks of the Danube. In the 17th century when the Turkish were no longer a threat, the city became the Serb cultural center in the Austro-Hungarian Empire and seat of the Orthodox Patriarchate. The cultural influence of the city extended with the creation of the first Serbian high school in the 17th and 19th centuries where the greatest writers and theologians met. A walk through this romantic city will allow you to see the 18th century Cathedral and its many pieces of Serbian Religious Art that evoke the city's past glory.