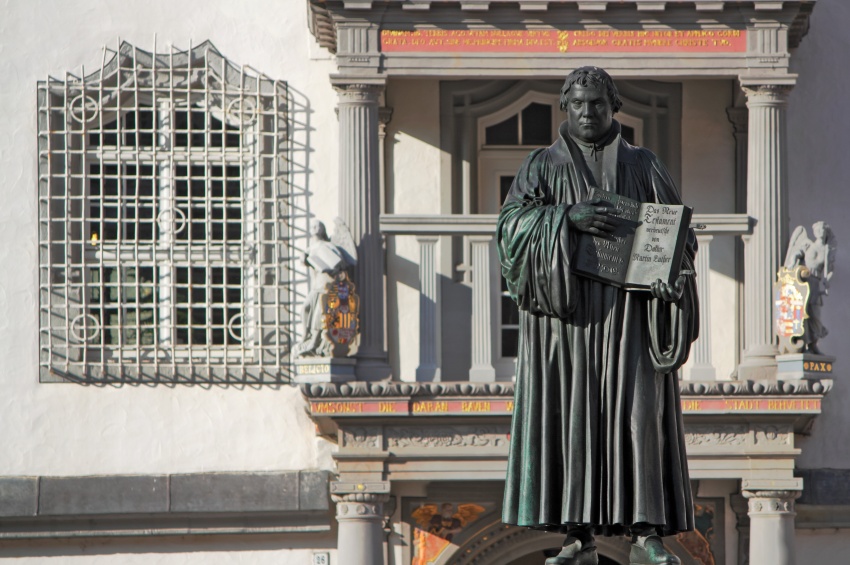 From 111 AUD
Previous Next

We'll leave from our ship for a guided tour of Lutherstadt Wittenberg. Lutherstadt Wittenberg is the home town of Dr. Martin Luther, the Great Reformer, and the city is affectionately known as the "Cradle of the Reformation”. You'll discover the city center and its noble Renaissance-style houses. Everywhere you turn, there's a spot associated with Martin Luther's life, and various sites throughout the city were added to the UNESCO world heritage list in 1996. A stream runs along the main street, partially underground. Half way along, the street opens out into an attractive square, or Markt, with a statue of Luther and Philip Melanchthon, his collaborator.
The Castle Church is the famous church where he nailed his 95 Theses to the door. Luther gave some of his sermons in this church and now is buried just under the pulpit. The church was severely damaged twice during wars in the centuries following the Reformation, but it was rebuilt each time. We'll also visit Luther's house. Part of the Augustinian monastery in which Luther lived, first as a monk and later as owner with his wife and family, is preserved and considered to be the world's premier museum dedicated to Luther, including a permanent exhibition about the time of the Reformation. At the end of the afternoon, we'll return to the ship by coach.